(All reviews henceforth will be spoiler-free, unless stated otherwise) 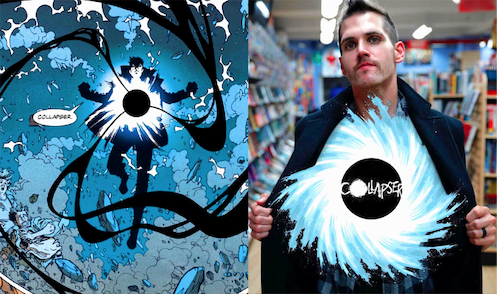 Collapser follows Liam James, a New York City DJ who spends his daylight hours working at a retirement home. Out of nowhere, his rather unpresent mother dies, and a package from her ends up on his doorstep. Chaos, involving black holes and a lot of family drama, ensues. 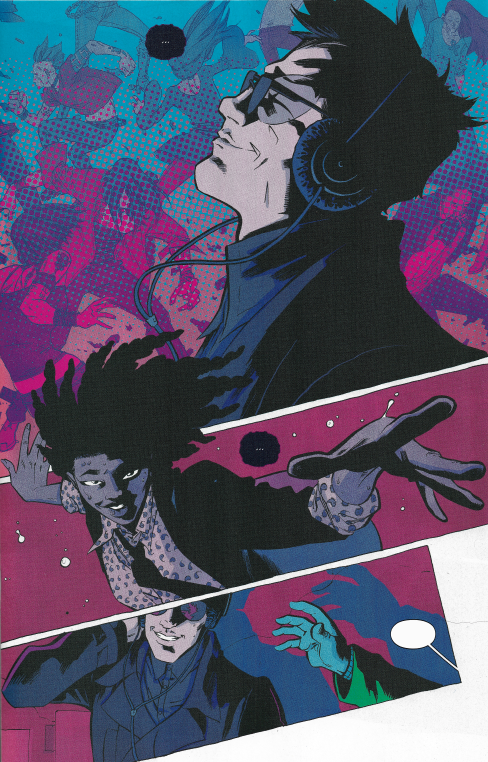 Before we get into the writing, let's look at this page. The atmosphere of it is unique, and makes you feel as if you can hear what he is performing. You can sense the bliss he feels, and the movement is spectacular. Kyriazis' art is perfect for a less than average super-hero comic.

Way and Simon are skilled when it comes to quick and flawless character building. Even within the first issue, you fall in love with Liam, and you already wanna buy the next one. This series finds the perfect balance between sad, funny, and serious. It is definitely an origin story, one that I have never seen the likes of before. This is a fresh thing in the comics world, and I wish desperately that more issues were planned as of right now. 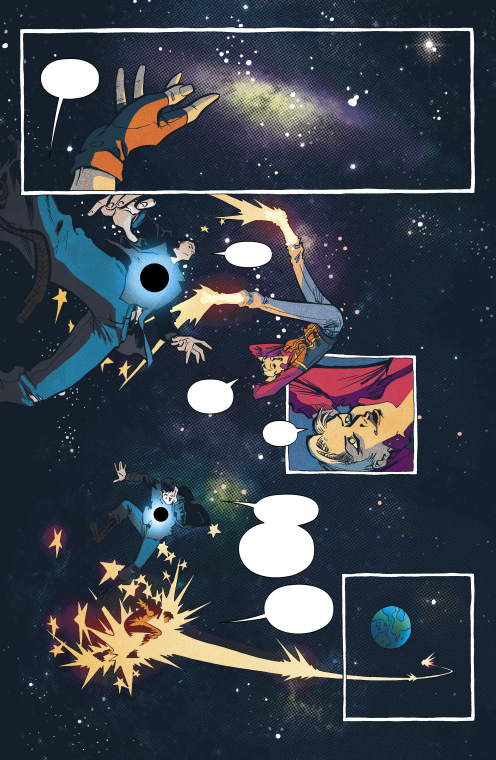 The entire mood of the series is very nostalgic, but in a new sort of way. It takes the do-good super-hero attitude of older comics, and rips it open to reveal a sinister nature behind it; not everything is as it seems. I could rave for days about how they could delve into this further, but I won't speculate until we get confirmation for a continuation.

My main criticism of the series is that the reader does not get as attached to the side characters. This is not all fault of the writers, however, it was simply to be a six issue run.

Overall, I would give this series a solid 5/5.

I enjoyed it thoroughly, and I hope that one day this character and arc is explored again. I am incredibly happy that Mikey Way is delving into writing, and I hope that he continues to pursue this venture, as it seems to be paying off.

This is a completed series, so go pick up all six issues at your local comic book shop!

If we're lucky, there may be a whole trade paperback on its way.